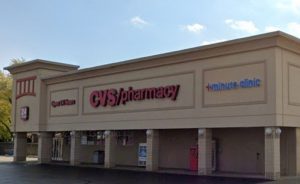 WYANDOTTE — Due to an uptick in crimes associated with customers routinely wearing face masks, police officers were able to arrest two Lincoln Park men who tried to flee the night of Jan. 23 after one of the men shoplifted at CVS Pharmacy, 2025 Fort St.

When the police officer attempted to apprehend them, they fled west across Fort Street. The police officer captured the older man, who was on foot. The suspect had a package of White Claw, an alcoholic seltzer beverage, under his coat.

He was charged with retail fraud, and had two other outstanding warrants with the Wyandotte Police Department.

Other police officers were alerted to pursue the younger man on the bicycle. He was found several blocks away, and was held on several outstanding fugitive arrest warrants.