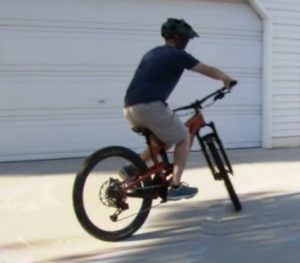 SOUTHGATE — A stranger on a bicycle rode into a private backyard in the 12000 block of Irene the morning of Jan. 24, and stayed a half hour before leaving, worrying the resident, who noticed the incident on his surveillance camera footage when he returned home that evening.

Police officers went to the residence, and found no signs of force entry on any of the entryways. Police officers said that they would increase patrols of the area, and encouraged the resident to report anything further of a suspicious nature.