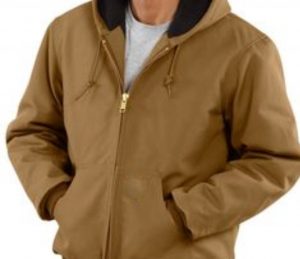 MELVINDALE — A man posing as a utility worker Jan. 25 tried to force his way into a house in the 17300 block of Hanna Avenue, claiming he would help the resident unplug his electrical appliances and turn off the natural gas because of utility work being done two blocks away.

However, the resident shoved the man back, preventing him from entering, and asked to see his work badge. The man then ran to a nearby pickup and left.

The resident said the man looked like the person who stole $1,300 from him last March, which he documented with a police report.

He said the man was white, in his mid-to-late 30s, carrying a clipboard and papers, and wearing a tan Carhartt jacket, a blue ball cap and a face mask.

A neighbor’s surveillance camera may have captured footage of the encounter.