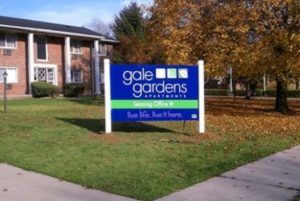 MELVINDALE — An apartment door was kicked the afternoon of Feb. 6 at Gale Gardens Apartments, with the door still locked but ajar, a resident reported.

The victim said nothing was missing from her apartment, so it seems unlikely the perpetrator gained entry. However, the wooden door frame was split near the latch, which the responding police officer photographed. The police officer’s attempt to reach the leasing office were unsuccessful.