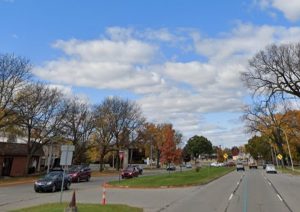 MELVINDALE — A woman was arrested for driving the wrong way on Outer Drive the evening of Feb. 6 while under the influence of drugs, with a suspended driver’s license, an invalid license plate and no vehicle insurance.

The police officer who spotted the woman’s drugged driving had to swerve to the curb to avoid being hit head on by the woman.

After she passed him, he quickly turned around, activated emergency lights and sirens, initiated a traffic stop, and called for backup.

The woman, who was tired, dazed and confused, admitted, with slurred speech, that she did not have a driver’s license. She was unsteady on her feet, failed multiple field sobriety tests, and was unable complete a preliminary breath test.