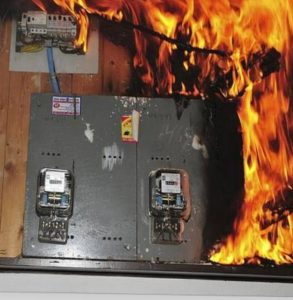 SOUTHGATE — A kitchen air fryer may have overloaded a basement fuse box the evening of Feb. 10, initiating an electrical fire in a house in the 13000 block of Longtin Street.

The homeowner, who evacuated everyone without incident, said he saw sparks beneath his kitchen window, from a wire running under the siding, which led to him discover the basement origin of the flames.

Firefighters extinguished the small fire, which a responding police officer documented on his body-worn camera.