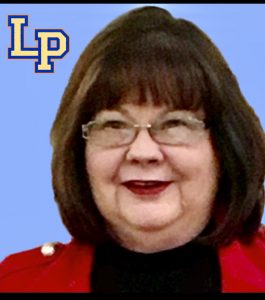 “The Chocolate Walk reminded me that we do not have an event coordinator for the city right now,” he said. “We have a summer coming up, and I don’t want to see the progress that we have had lost.”

Krizan said there is every intention to fill the position, but trying to balance the future of events with COVID, short-term versus long-term, has not been easy during the past year.

“Currently, we are running events by committee, if you will,” he said. “A lot of different people are pitching in to try and make sure and get us through over the next little bit. We do intend to have that position again.”

Krizan said city officials are trying to determine when city events, as they knew them in the past, will be able to continue.

“At this point, we are going to run it as a committee, as we have been,” he said.

Higgins cautioned Krizan of the need to plan events in advance, including the outdoor summer concerts, which the city should be cleared to do at this point in time.

“I don’t want to lose that, and I want to know the planning is being done on that,” he said. “I want to know who is doing it, and where.”

“Councilwoman Tobin has been helping us, as that was her previous position,” he said. “She was helping the DDA on the Chocolate Walk, and I believe we should be fully booked at this point, and we are moving forward with it.”

Krizan said his staff have worked on some projects, Parks and Recreation personnel will take the lead on other events, and some events have returned to the domain of the Downtown Development Authority.

“If you are putting it on people in other departments, on top of their other duties, I think it needs to be looked at, by giving them more hours, or more compensation for doing the job,” she said. “It is not fair to put all that work onto different people, and if you put it on other people, you need to clarify that they are all on the same page, and things aren’t getting lost.

“The last thing we need to do, with the events in the city, is to have it step down anywhere, if it is to continue to grow with the good outcome that it has had.”

Tobin said the event planning and coordination needs to be watched closely, and said she was willing to help Krizan in any way he deemed necessary.

“I really hope you consider hiring an event coordinator at some point soon,” she said. “Things should be started months out, and should almost be completed at this point.”