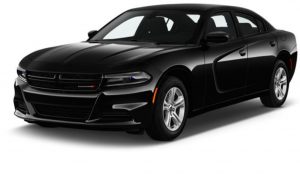 DEARBORN — Thieves recently made off with one Dodge Charger, while another crew fled after a failed attempt to push one away from its parked position.

On the morning of Feb. 20, a black 2018 Dodge Charger was stolen from the driveway of a house in the 2600 block of Banner Street. Broken glass from a car window was left behind on the driveway. There were no surveillance cameras in the area.

A wallet and a Smith and Wesson M&P Shield semi-automatic pistol were stolen with the vehicle. The gun and the vehicle were entered into the Law Enforcement Information Network as stolen.

At 12:02 a.m. Feb. 22, in the 7300 block of Williamson Street, a woman heard the alarm go off on a white 2019 Dodge Charger, and interrupted four to six men trying to push the vehicle away. When interrupted, the men fled in a newer model black Dodge Ram.

The rear driver’s side window was broken to enable the thieves to reach the transmission release lever next to the gear shift.

A black metal punch tool was found nearby on the ground, and was taken into evidence for fingerprinting.