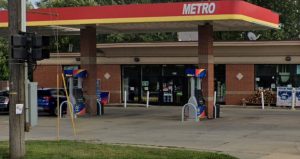 MELVINDALE — A disoriented man was taken into custody the evening of Feb. 6 following a report of a person slumped over the wheel of a vehicle at a gas station near Oakwood Boulevard and Raupp Road.

The man, whose pupils were dilated, did not know what city he was in. A preliminary breath test did not detect any alcohol on his breath. However, his speech was slurred, and he was unsteady on his feet.

A clerk at the gas station said that when the man was inside the store earlier, he was unsteady on his feet, and stood in front of an ATM, unable to use it. Afterward, the man returned to his vehicle, where he was found, slumped over, when police officers arrived.

His vehicle was impounded and towed, and he was arrested for operating under the influence of drugs.