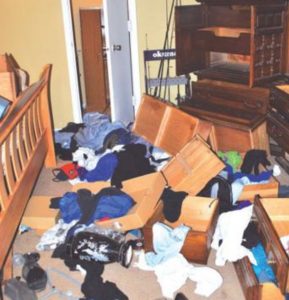 MELVINDALE — A woman who left her side door unlocked the night of Feb. 25, when she went to pick up her daughter, said when she arrived home, she found her bedroom ransacked.

While nothing appeared to be missing from the house, police officers searched the other rooms of the residence to make sure no one was hiding in the house. They found no latent fingerprints on smooth surfaces in the ransacked room.

The victim was advised to call the detective bureau if she later discovers that something is missing. She was also advised to lock all household doors and windows when she leaves, and to invest in a surveillance camera.