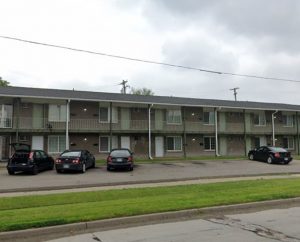 MELVINDALE — A woman trying to recover a cell phone from her boyfriend March 2 was cited for making a false police report, while he was taken into custody on an unrelated warrant.

Police officers, who were dispatched to an apartment in the 17200 block of Raupp Road, said the woman was intent on retrieving a cell phone, while the man was insistent that he had paid for both the phone and the plan. The woman accused him of hitting her in the face, which the man and his apartment roommate denied.

During the investigation, it was discovered that the man had an outstanding warrant, for which he was taken into custody.

The woman was banned from the apartment, and she was also charged with filing a false police report, because she summoned police officers to the apartment by claiming that there were seven men in the apartment, with guns, and that they were involved with drug dealing.