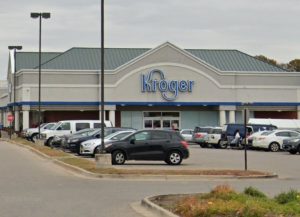 DEARBORN — Two aggressive beggars inside Kroger, 15225 Michigan Ave., both of whom police officers had encountered previously, were removed the property.

One of the men, from Pontiac, who knew he had banned previously from the store, was taken into custody, booked, and advised to contact Dearborn’s 19th District Court for a hearing date.

The other man, from Wayne, was cited and given a ride to a nearby bus stop.