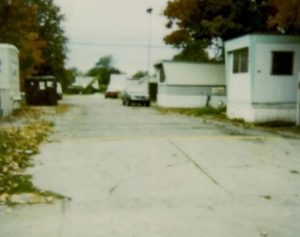 MELVINDALE — A man known to hang out in vacant trailers at Melvindale Mobile Homes, 18630 Dix Road, and who had a history of stealing from other residents in the trailer park, as well as a current assault charge from one of his victims, was taken into custody March 3 after a K-9 track, prolonged police foot chase and a side trip to the hospital after his arrest, when the man claimed to have trouble breathing.

The maintenance manager at the park said the vagrant was familiar with which mobile homes were empty, because he occasionally helped him clean out vacant trailers.

When the man was finally taken into custody, he was taken to a local hospital for respiratory problems. After he was medically cleared, he threatened suicide to delay his eventual incarceration at the Dearborn police station for the theft and assault charges.