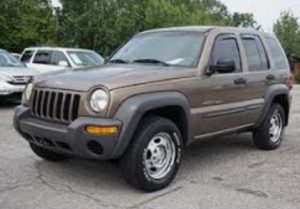 ALLEN PARK — A woman helping her sister sell her 2002 gold Jeep Liberty by listing it on Facebook Marketplace said a potential buyer who was $70 short of the $1,800 asking price pulled a gun on her the afternoon of March 14 and drove off in the vehicle, which was later recovered in Detroit.

The man was described as a thin black male with dreadlocks, wearing a black T-shirt, blue jeans and white shoes. He arrived as a passenger in a Chevy Malibu, which circled the block, then followed the suspect when he drove off in the Jeep.

When River Rouge police officers spotted the Jeep leaving a dollar store, they followed it, which resulted in a high-speed chase, which ended at Outer Drive and Deacon Street in Detroit, with the suspect ditching the vehicle and fleeing on foot.