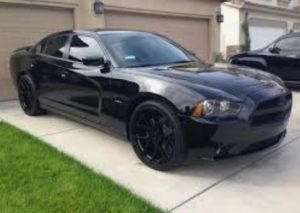 MELVINDALE — A 2014 black Dodge Charger was stolen the afternoon of March 15 from Rose Street, south of Eddon Street.

The responding police officer found automotive glass on the ground near where the vehicle had been parked. The owner said he heard the vehicle being started up, then driven away, with the thief accelerating rapidly. The vehicle was stolen without its keys.

There were no surveillance cameras in the area. The vehicle was entered into the Law Enforcement Information Network as stolen.