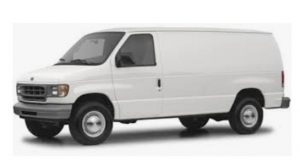 DEARBORN — A white 2006 Ford Econoline van was reported stolen March 4 by the owner of Lectrom Tools, 15101 Century Drive, who said the vehicle was last seen at 5 p.m. the day before.

He said another vehicle, belonging to a different business, was stolen from the same area a week prior.

The van did not have a tracking device, and there were no surveillance cameras pointed toward the area where the van had been parked. It was entered into the Law Enforcement Information Network as stolen.