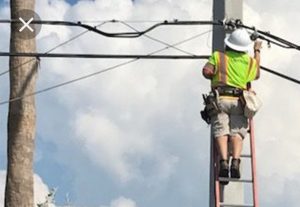 According to the worker, who was called by the man’s neighbors, the homeowner did not respond to a knock on his door.

A police officer told the angry resident that a utility worker is allowed to enter property without permission when downed lines present a potential hazard.