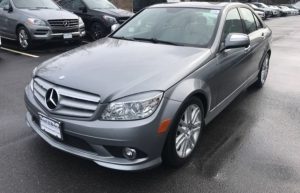 DEARBORN — A Taylor man in a silver 2009 Mercedes Benz C 300 was cited for reckless driving on Telegraph Road the night of March 19 after a police officer saw him driving 77 mph in a 45 mph zone, as well as running a red light.

The driver, who was weaving in and out of heavy traffic before he was pulled over, said he was “test driving” the vehicle, which he said had been at a mechanic’s shop for an extended time period.

During the traffic stop, a woman pulled over in her vehicle and told the police officer that the man had nearly killed her and her children due to his reckless driving.