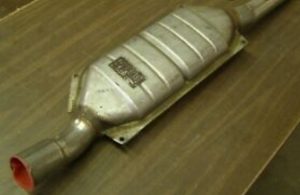 The manager on duty said that a customer noticed a loud noise when they prepared to leave with the rental van, at which time a maintenance worker discovered that the catalytic converter had been removed.

She said there were no witnesses to the theft, but surveillance footage, to which she did not have access, might have picked up something, and agreed to forward any relevant footage to the detective bureau.