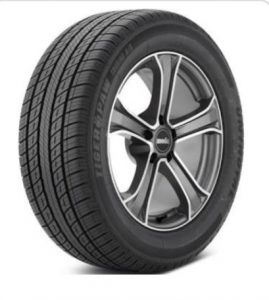 SOUTHGATE — Three Uniroyal Tiger Paw tires were reported stolen the morning of March 24 from a blue 2017 Ford Fusion parked near an apartment building in the 11000 block of Burlington Street.

The car, which was left on up on landscaping blocks, also had a shattered rear passenger window. A Craftsman ratchet tool was also stolen from the vehicle. The lug nuts from the wheels were scattered on the ground next to the vehicle. There were no suspects.