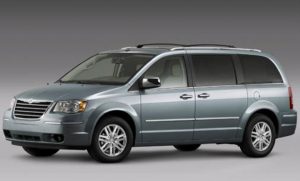 DEARBORN — The driver’s side window of a 2008 Chrysler Town and Country van was reported shattered the morning of March 18 in the 3400 block of Monroe Street.

The vehicle owner said someone knocked on his door about 1:30 a.m., but he ignored it and went back to sleep. He said he discovered the shattered window at 11 a.m., and noted that nothing was taken from the vehicle. There were no suspects, and no nearby surveillance cameras.