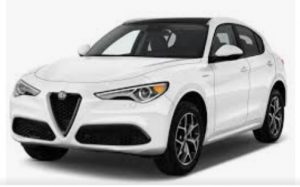 DEARBORN — The curb side tires of a white 2021 Alfa Romeo Stelvio and a white 2018 Cadillac CT6 were slashed the afternoon of March 26 on Hubbard Drive at Orchard Avenue.

The victim, who said his car alarms were triggered, said his surveillance cameras show the perpetrator driving a blue or green Subaru SUV or a Hyundai Santa Fe. A partial plate number was supplied to police officers by neighborhood children who saw the vandal speed off.

A week later, a friend of the victim recognized the vehicle captured on the surveillance video at a nearby gas station, and provided the full license plate number to police officers. The description of the driver matched the image of the person seen on surveillance footage slashing the tires.