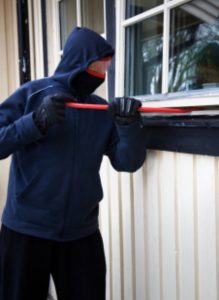 MELVINDALE — A large man in a mask and hooded cape was recorded on a cell phone April 12 while standing near a Gale Garden apartment window during a possible late night break-in attempt.

An apartment resident, who reported the suspicious situation to police officers, was asked to forward the footage to police detectives, and was advised to keep her own doors and windows locked.