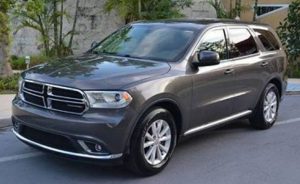 MELVINDALE — A noisy getaway at 1:26 a.m. April 22 alerted a resident of Manor Apartments, 23935 Outer Drive, to the theft of her gray 2014 Dodge Durango sport utility vehicle from the apartment building parking lot.

The victim said a Dodge Charger followed her vehicle out of the lot.

There was broken glass on the ground where her car had been parked, indicating that a window was likely broken to gain entry.

The vehicle owner said she was up to date with her payments, and she had both sets of keys. She said the vehicle was locked, and that there was nothing of significant value inside of it.