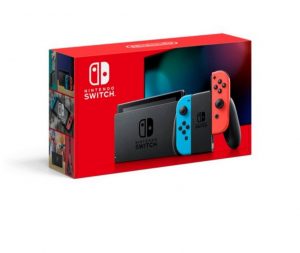 LINCOLN PARK — A Nintendo Switch video game console was reported stolen April 13 from a resident in the 500 block of Capitol Avenue, who said the item, which was marked as delivered at 11 a.m. April 3, was ordered through eBay.

She said an eBay representative advised her to file a police report to report the larceny. There were no witnesses, and no suspects.