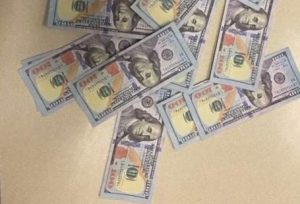 DEARBORN — A customer at CVS Pharmacy, 2701 S. Telegraph Road, attempted to use six counterfeit $100 bills on May 6 to load two separate cash app cards, and fled when a clerk became suspicious after completing the first transaction.

When the man produced a second cash app card and three additional $100 bills, the clerk became suspicious, and summoned a manager.

The man then fled the store, leaving in a white Chrysler car, possibly a Sebring. He was described as a black male, 30 to 40 years old.

The Chicago branch of the U.S. Secret Service was advised of the counterfeit bills, which were placed into an evidence locker at the Dearborn police station.