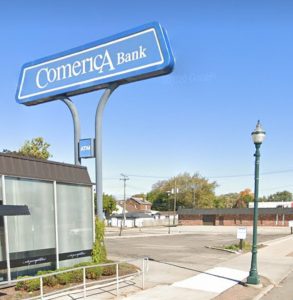 MELVINDALE — An Allen Park woman who admitted to having “a few beers” hit a city light pole the afternoon of May 21 on southbound Allen Road, south of Cora Street, knocking over the pole and rendering her vehicle undrivable.

The woman, who smelled of intoxicants, and whose speech was slurred, failed multiple field sobriety tests. A preliminary breath test was administered, and the woman had a blood-alcohol content of 0.11, higher than the 0.08 limit for legally drunk in Michigan.

She was cited for operating under the influence of alcohol, and her vehicle was impounded and towed. After being booked at the Dearborn Police Department, she was given a courtesy ride home.

Dearborn firefighters taped off the exposed wires from the light pole, and DTE personnel were notified of the damage.