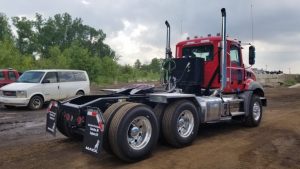 MELVINDALE — A white 2004 Chevy Express van used onsite at GLE Scrap Metal, 25435 Outer Drive, was stolen the night of May 22 by a man, seen on surveillance footage, who squeezed through the front gate, then crashed through the gate with the van while leaving the property.

The vehicle was not registered, and did not have a valid license plate.

The vehicle was entered into the Law Enforcement Information Network as stolen, and was later recovered near the Ambassador Bridge in Detroit. The driver of the stolen van is a person of interest with the U.S. Immigration and Customs Enforcement.