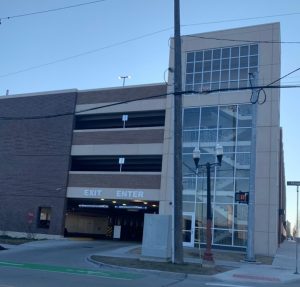 DEARBORN — A teen who was caught on camera tampering with a fire extinguisher the night of May 25, on the third level of the Wagner Place parking deck, will soon be in front of a judge in 19th District Court.

The cost to replace a damaged fire extinguisher is $106, which the young man is seen on surveillance footage removing from its holder, then discharging its contents, amusing his peers.

The license plate on his Ford Escape was traced to his father, who confirmed to police officers that his son was driving the vehicle. When shown the surveillance video, his son was positively identified.