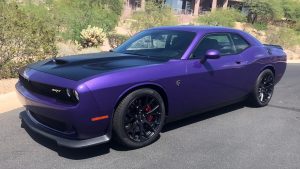 DEARBORN — A Detroit man was charged with reckless driving, and his blue and purple 2016 Dodge Challenger was impounded May 27, following a traffic stop on westbound Warren Avenue near Wyoming Avenue.

His car’s loud, revving engine brought him to the attention of a police officer, who initially saw him speeding and changing lanes rapidly, without signaling. However, it was his squealing tires amid white smoke and a U-turn that earned him a traffic stop.

A record check revealed earlier dangerous driving offenses that had been lowered to impeding and double-parking citations. He was advised to contact Dearborn’s 19th District Court for an appearance date.