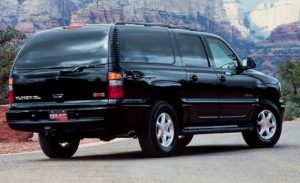 LINCOLN PARK — A Michigan license plate was reported stolen May 14 from a black 1999 GMC Yukon parked overnight near an apartment building in the 1200 block of Fort Street.

The victim, a 35-year-old Lincoln Park woman, said there were no suspects nor witnesses to the theft. She was given a police report to take to a Secretary of State office to get a new license plate.