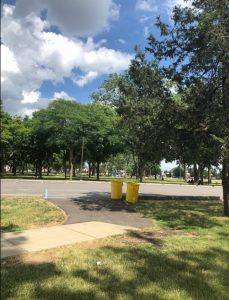 DEARBORN — A driver doing doughnuts – a squealing, circular skid maneuver which burns rubber and creates smoke – was cited June 8 for reckless driving after he performed the stunt in front of police officers at Hemlock Park, 13355 Hemlock St.

The Detroit man, who was driving a red 2014 Honda Civic, accelerated and screeched his vehicle tires with complete disregard for the people present in the park. He was ticketed and released at the scene.