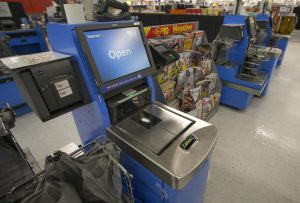 DEARBORN — A Detroit woman who tried to bag and leave with $272 worth of groceries from Walmart, 5851 Mercury Drive, the night of June 12, without rendering payment, was detained by loss prevention personnel, who spotted her theft during routine surveillance.

She was cited for retail fraud, and advised to contact Dearborn’s 19th District Court for an appearance date. Store surveillance footage of the theft was given to the responding police officers.