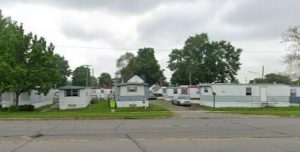 The victim said he forgot to engage the deadbolt lock the night before. He said he already checked the surveillance footage, and did not see anything suspicious.

The worker said most of the tools were inscribed with his initials, and were spray painted blue. He provided police officers with a list of the stolen items, which included a Ryobi drill and reciprocating saw.