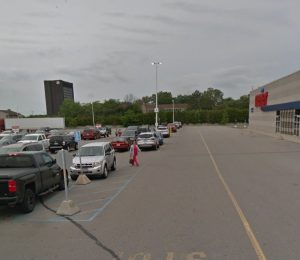 On the morning of Oct. 6, the man approached a female employee gathering shopping carts. He asked her for a phone number and when she worked, and followed behind her for three to five minutes while in his vehicle until she entered the store.

On the morning of Oct. 7, a female employee in the parking lot was urged to enter the man’s car to talk, and when she refused, he followed her in his car until she entered the store.

The man was described as white, 20 to 30 years old, and wearing a blue baseball cap.