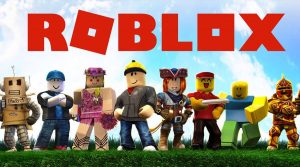 DEARBORN — After a Salina Intermediate School student’s computer was hacked by an online gamer — who he was chatting with on the Discord messaging platform, and who threatened to have the student’s resident swatted — the school assistant principal reported the situation to police officers Jan. 5 on behalf of the boy and his father.

“Swatting” is falsely generating an emergency law enforcement response, such as for a shooting or a hostage situation, via a 911 call against a targeted person.

The boy said he was playing on Roblox, an online game platform, and chatting with a gamer on Discord, when the gamer gained control of his computer, through unknown means, and locked him out. The gamer then demanded money, and said he would have his house “swatted” if he did not pay.

The assistant principal said an anonymous child left a voice mail message at the Dearborn Schools Administrative Building, with the hacking victim’s name, student number and school email address, and said the student was scamming other children on Roblox and using the N-word.

The victim provided police officers with the hacker’s user name, which was subject to a search and found to have been deleted.

The student used another computer to delete his Roblox and Discord accounts, and change his email passwords. He was also cautioned against speaking online to anyone he did not know.