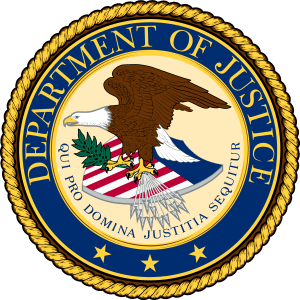 Wahid Mohamed Makki, 59, was charged in the Eastern District of Michigan with one count of wire fraud and one count of money laundering. He was scheduled to make an initial appearance March 24 before a United States magistrate judge.

Makki was charged on the same day his wife, Zeinab Makki, was charged with health care fraud in a $10.6 million insurance fraud scheme.

According to the criminal complaint, Makki transferred approximately $1,082,600 from 10 separate EIDL loans obtained for 10 shell corporations to a bank in the Republic of Turkey via international wire. The wire transfer instructions reflect that Makki transferred the funds for the purchase of a “sea view condo in Beirut, Lebanon.”

The CARES Act authorizes the Small Business Administration to provide Economic Injury Disaster Loans of up to $2 million to eligible small businesses experiencing financial disruption due to the COVID-19 pandemic.

“My office remains committed to using every available federal tool — including both criminal and civil remedies — to combat and prevent COVID-19 related fraud,” Ison said. “We will continue to hold accountable those who seek to exploit the pandemic for personal gain, to protect vulnerable populations, and to safeguard the integrity of taxpayer-funded programs.”

“Economic Injury Disaster Loans played a significant role in keeping many Michigan businesses running during the pandemic,” Hauxhurst said. “This defendant is alleged to have taken money from that program and used it to purchase property overseas. This is a serious crime and the FBI is committed to finding and investigating anyone guilty of defrauding this program.”

A criminal complaint is merely an allegation, and the defendant is presumed innocent until proven guilty beyond a reasonable doubt in a court of law.

Trial cannot be held on felony charges in a complaint. When the investigation is completed, determinations will be made whether to seek a felony indictment.

The case was investigated by the FBI. Assistant United States Attorney Philip Ross is prosecuting the case.

Anyone with information about allegations of attempted fraud involving COVID-19 can report it by calling the Department of Justice’s National Center for Disaster Fraud Hotline at 866-720-5721 or via the NCDF Web Complaint Form at: https://www.justice.gov/disaster-fraud/ncdf-disaster-complaint-form.