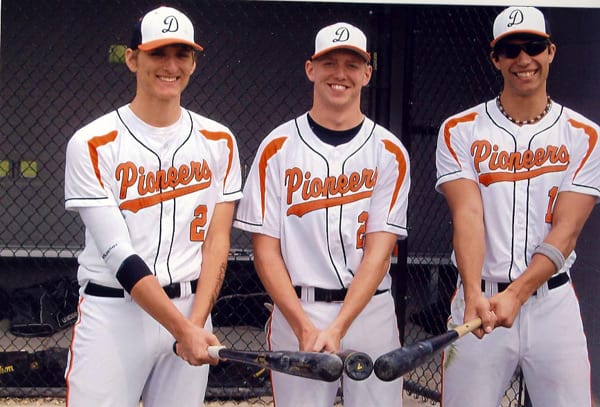 Photos by Daniel Gretzner
Caleb Abston (left), Mike Chodzko and Ryan Hansen are the tri-captains for the Dearborn High Pioneers. 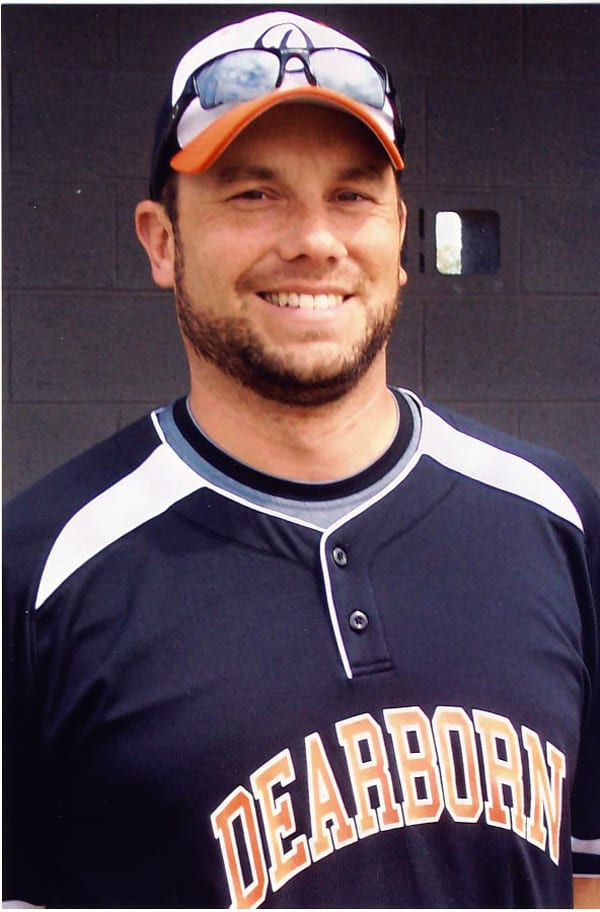 By Daniel Gretzner
Local prep baseball action is beginning to heat up within the greater Dearborn area.

In recent competition, the Dearborn High School nine drew first blood, getting the best of Edsel Ford 10-8 on April 23.

It took a Ryan Hansen two-out double, scoring two runs in the seventh inning to cap the scoring while Mike Chodzko was able to pitch his way past the pesky Thunderbirds.

Dearborn head coach Matt Schleif feels his team (7-5) will do well on the diamond in 2012. He is now in his fifth year as mentor for the orange and black and is a 1995 DHS graduate and alumni varsity player.

Fordson played the Pioneers on April 25 and came away on the short end of a 17-0 score. That contest went only three innings as a mercy rule was called.

The Tractors are having a tough time trying to break in the win column as they present a team that doesn’t have a single senior on their roster. My, how times have changed over the past few years.

Dearborn will host Edsel Ford May 7 in a re-match starting at 4 p.m. at their Outer Drive field. The excitement for that game and the results thereof could go along ways in deciding if the Thunderbirds can ably defend their 2011 WWAC baseball championship.

Tri-captains for DHS this season are seniors Caleb Abston, Mike Chodzko and Ryan Hansen. This trio provides the heart of the Pioneer varsty squad. All can hit the ball well and have a few years of playing experience under their belts.

By the time the month of May ends, players, fans, students and alumni will know what team will come out on top in the spring of 2012.

One thing for sure, “Focus on Sports” will be on hand to let our loyal readers know the outcome.