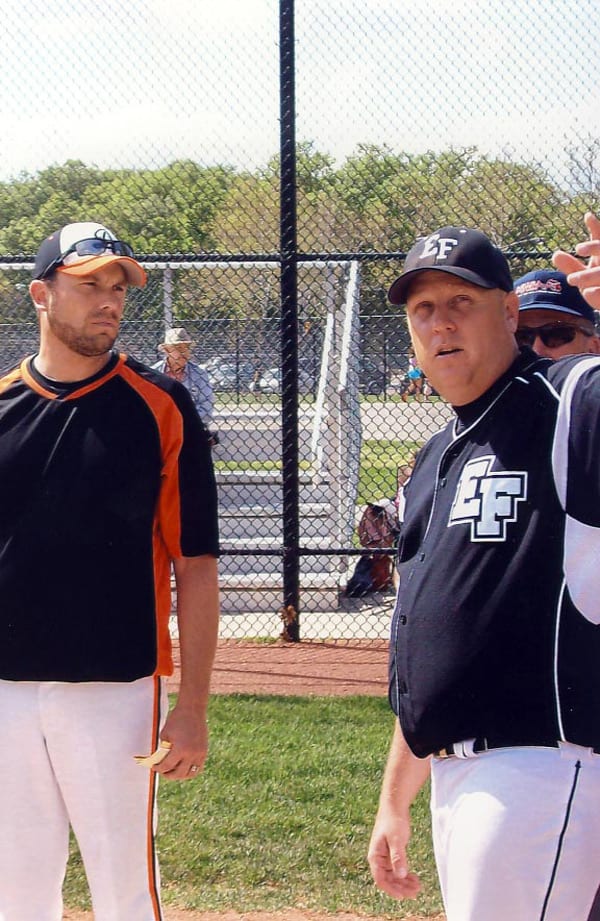 By Daniel Gretzner
Dearborn High School is proving itself in varsity baseball to be king of the diamond among the three local city public prep teams. The Pioneers have beaten Edsel Ford twice and rolled over Fordson within the past few weeks.

DHS edged out Edsel Ford 5-4 May 8. Andy Rinke was the hitting star, knocking in the winning run in the botom of the seventh inning to seal the victory.

The game originally was scheduled at Dearborn’s field on May 7, but was postponed a day because of an unplayable, water-soaked diamond. The game was transferred to Edsel, and the teams played the next day.

“I’m very happy for the kids in beating Edsel twice,” DHS head coach Matt Schleif said. “The games were close but we did pull it off.”

DHS hosts Romulus on May 14 and have two away games – with Belleville May 16 and Redford Union May 21.

The Pioneers are 10-6 overall. They play their last regular season home game against Dearborn Heights Robichaud at 4 p.m. May 23.

With the season more than half over, DHS is in the driver’s seat. Unless there is some kind of meltdown, the Pioneers are positioning themselves to stake a claim to the 2012 WWAC championship.

DC SHOOTS FOR CATHOLIC PLAYOFFS
Divine Child is hoping to finish high enough in the Catholic League Central Division standings to make the coming league playoff action. Playoffs begin on May 19 at Madonna University in Livonia.

In the meantime, head coach Tony DeMare has his 6-10 Falcon squad poised to win enough remaining games to be one of the top four teams in the six-team Central.