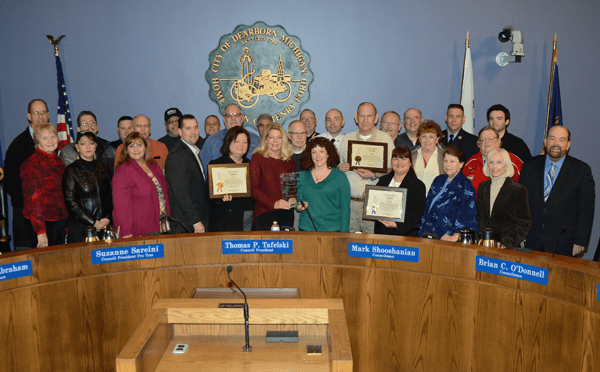 DEARBORN — The head of a local emergency response team and hundreds of others received state and city recognition for doing something they are passionate about — volunteering.

Smith said the awards, first presented to his members Dec. 7 at the State of Michigan Citizen Corps Conference, are an honor.

The free FEMA-sponsored program that began in California focuses on personal and community preparedness, Smith said.

“It is a life skill that will forever change your life,” he said.

Several CERT Team members are active in teams from neighboring communities, assisting in the city’s Memorial Day Parade and other events.

“We appreciate your efforts and service to the community,” Tafelski said. “Congratulations on an excellent year, well done and well deserved.”

CERT Team member first responder Laurie Bigelow said she has been involved in the group for four years.

“I found out through a friend who was in a CERT training class and I joined it,” Bigelow said. “I feel great about being awarded today, it is wonderful. It is all volunteer work and they are recognizing that.”