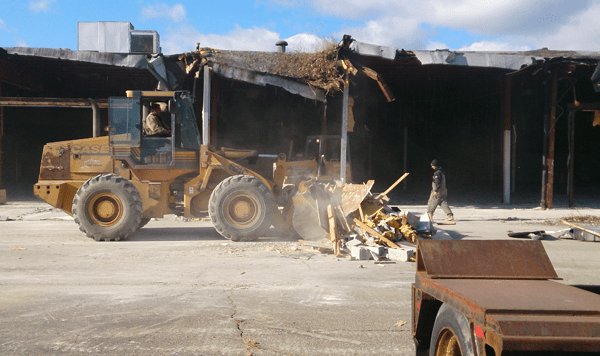 Photo by Gabriel Goodwin
Demolition of the former Riverview Landing Shopping Center at the corner of Fort Street and King Road began last week to make room for a skilled nursing facility. A majority of the property sat vacant since Farmer Jack went out of business in 2007. The city took ownership in early 2011, but later sold the property to Dr. Iqbal Nasir, who owns Riverview Osteopathic Hospital and plans to build the nursing facility. The vacant property also was home to Dunham Sports and a hair salon.