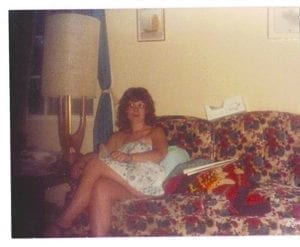 TAYLOR — Downriver residents have joined an Inkster woman, of Inkster, in signing a petition to keep the man who murdered her mother and adopted sister in December 1991 in prison.

Crystal Kneeshaw recently posted the petition on a Taylor Facebook page and garnered nearly 300 signatures within 24 hours. She said she even received a signature from France.

Kneeshaw has about 1,000 signatures, and needs to get 100,000 to get the petition to Michigan Gov. Rick Snyder’s desk.

Kneeshaw recalls the fatal day, four days after Christmas 1991 when Miles came to her house and she broke up with him.

“He was suffocating me,” she said of their relationship.

Kneeshaw lived with her father in Livonia and he prohibited her from seeing Miles. So, to see her, Miles would walk from his Garden City house Monday through Friday, to meet Kneeshaw at her bus stop in Livonia, at Levan and Schoolcraft roads.

Kneeshaw — then 14 and Miles 18 — said that at first she thought he loved her. But after 11 months in the relationship, she saw it more as him trying to control her every movement. She said if she went out with friends, he would constantly call her.

Kneeshaw knew she wanted to end the relationship. She was at her mother’s Redford house Dec. 29, 1991, when Miles was dropped off. The pair were in Kneeshaw’s brother’s room when she told him she was breaking up with him.

He cried and left the room while Kneeshaw’s younger sister told her she hated her for breaking up with Miles. Those were the last words Kneeshaw would hear her sister say.

Moments later, Miles attacked Fisher, who was sleeping on a couch, with a knife she had received as a Christmas present days earlier. He then attacked Markland, nearly severing her arm. Kneeshaw tried to calm him and he attacked her.

Then she saw Markland crawling to the front door and trying to escape, so Kneeshaw said she talked to Miles trying to get him to focus on something other than the escaping teen.

“I could see stars,” she said of the attack. “The next thing I remember is being dragged into a neighbor’s house.”

Fisher was pronounced dead at the scene, Markland died five days later. Markland’s mother, who was Fisher’s sister, was killed in a domestic violence incident in 1979. Fisher adopted Markland and her brother.

Kneeshaw has contacted the Michigan Department of Corrections, who is drafting an objection letter to Miles’ release.

“He shouldn’t be able to walk free,” Kneeshaw said. “My mom and sister aren’t.

“I am terrified he will get out and come looking for me.”

On the day after the murders, Miles reportedly had his cellmate’s wife call Kneeshaw to relay a message, which was that once he got out they would be together.

“I pray he doesn’t get out,” Kneeshaw said.