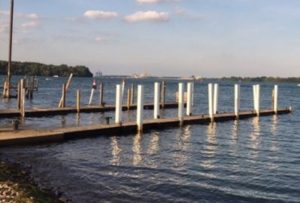 WYANDOTTE — A police officer prevented a man from jumping into the Detroit River in a suicide attempt the night of March 14, from a narrow wooden dock from which the man was threatening to jump, near the 2300 block of Biddle Avenue.

The police officer attempted to verbally calm the man, which was unsuccessful. However, he was eventually able to get close enough to the man to secure him, and subsequently transport him to a hospital for a mental health evaluation.

“The officer demonstrated a great deal of courage by walking down the unstable walkway where the man was preparing to jump,” Hamilton said. “The man could have easily taken the officer into the river with him. The officers handled the situation perfectly, and because of the that, the man was able to get the help he needed.”