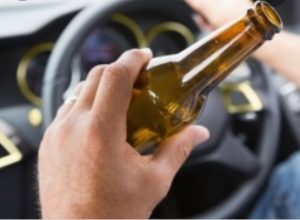 WYANDOTTE — A 52-year-old Wyandotte man was arrested March 12 for his fifth operating while impaired offense, which is a felony, after a police officer saw him swerving in the road in the 700 block of Antoine Street.

The police officer who pulled over the intoxicated driver noted several signs of intoxication, and the man subsequently failed field sobriety tests. There were also more than a dozen open alcohol containers strewn throughout the vehicle.

A preliminary breath test was administered, and the man had a blood-alcohol content of 0.34, more than four times the 0.08 limit for legally drunk in Michigan.