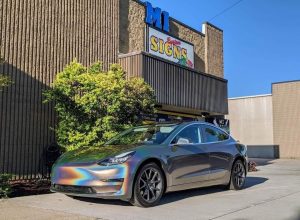 TAYLOR —MI Custom Signs employees had a rude start to their work week the morning of April 12 when they discovered that four company vehicles had been vandalized and subject to larceny over the weekend.

All of the vehicles were parked on the south side of business, 20109 Northline Road. There were no surveillance cameras or security fencing.

The first vehicle had a $2,000 catalytic converter removed from it, as did a second vehicle, which also had a rear passenger side window smashed and multiple Ridgid brand power tools stolen from within.

The third vehicle, a flat bed truck, had its affixed Diamond Plate tool boxes damaged, while the fourth vehicle had its catalytic converter removed. There were no suspects.