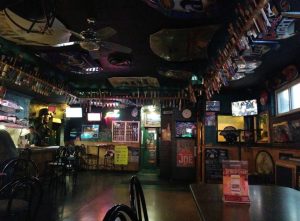 WYANDOTTE — A drunken 27-year-old man arguing about $10 in change at a bar in the 800 block of Biddle the night of April 26 turned his attention to the responding police officers, who tried repeatedly to de-escalate the situation.

The man verbally provoked the officers and tried to goad them into a physical confrontation, to no avail.

Later, the man walked into the police station and tried to provoke the desk sergeant.

“It’s unfortunate that this type of situation is on the rise,” he said. “Officers are becoming accustomed to dealing with people with a false sense of entitlement.”