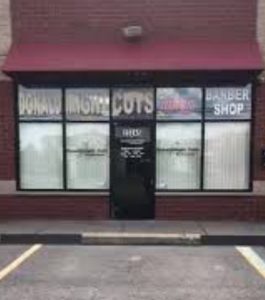 TAYLOR — The owner of Donaldmight Cuts Barber Shop, 25245 Eureka Road, reported the morning of May 5 that his shop was vandalized the night before.

Surveillance camera footage shows a nearby resident, a white male in his 20s, leave his porch, approach the store and spray-paint the lens of the security camera, after which the building was tagged with graffiti.

Police officers went to the house shown in the surveillance footage to talk to the suspect, but no one answered the door.