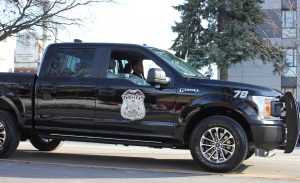 WYANDOTTE — A women called police officers to her residence in the 2400 block of Biddle Avenue the evening of June 10 after her boyfriend caused $300 in property damage in a fit of jealous rage.

She said he accused her of talking to another man, called her a derogatory name and then punched a hole in her bed frame. She said he destroyed other items during his angry rampage as well.

The victim said she did not want to press charges, but did want to document the incident.