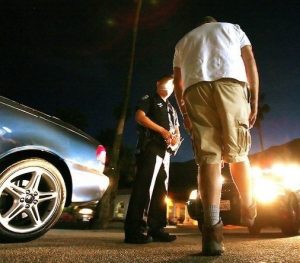 WYANDOTTE — A drunken driver who was swerving between lanes at 1:39 a.m. Oct. 6 on Fort Street near Antoine Street was arrested for operating while impaired and driving without insurance.

A preliminary breath test was administered, and the man had a blood-alcohol content of 0.15, nearly twice the 0.08 limit for legally drunk in Michigan.

His vehicle was towed, and his female passenger, who called her mother for a ride home, was released at the scene.

The driver was then taken to the police station, where he was booked and held.