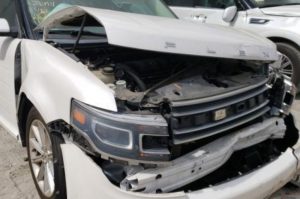 WYANDOTTE — A 38-year-old Wyandotte man was arrested for operating while intoxicated in the early morning hours of Jan. 23 after he struck a light pole near 14th Street and Eureka with his Ford Flex and then fled the scene.

Responding police officers followed a trail of vehicle fluid, which led them to an abandoned vehicle. After interviewing witnesses and examining evidence, they were able to track down the suspect.